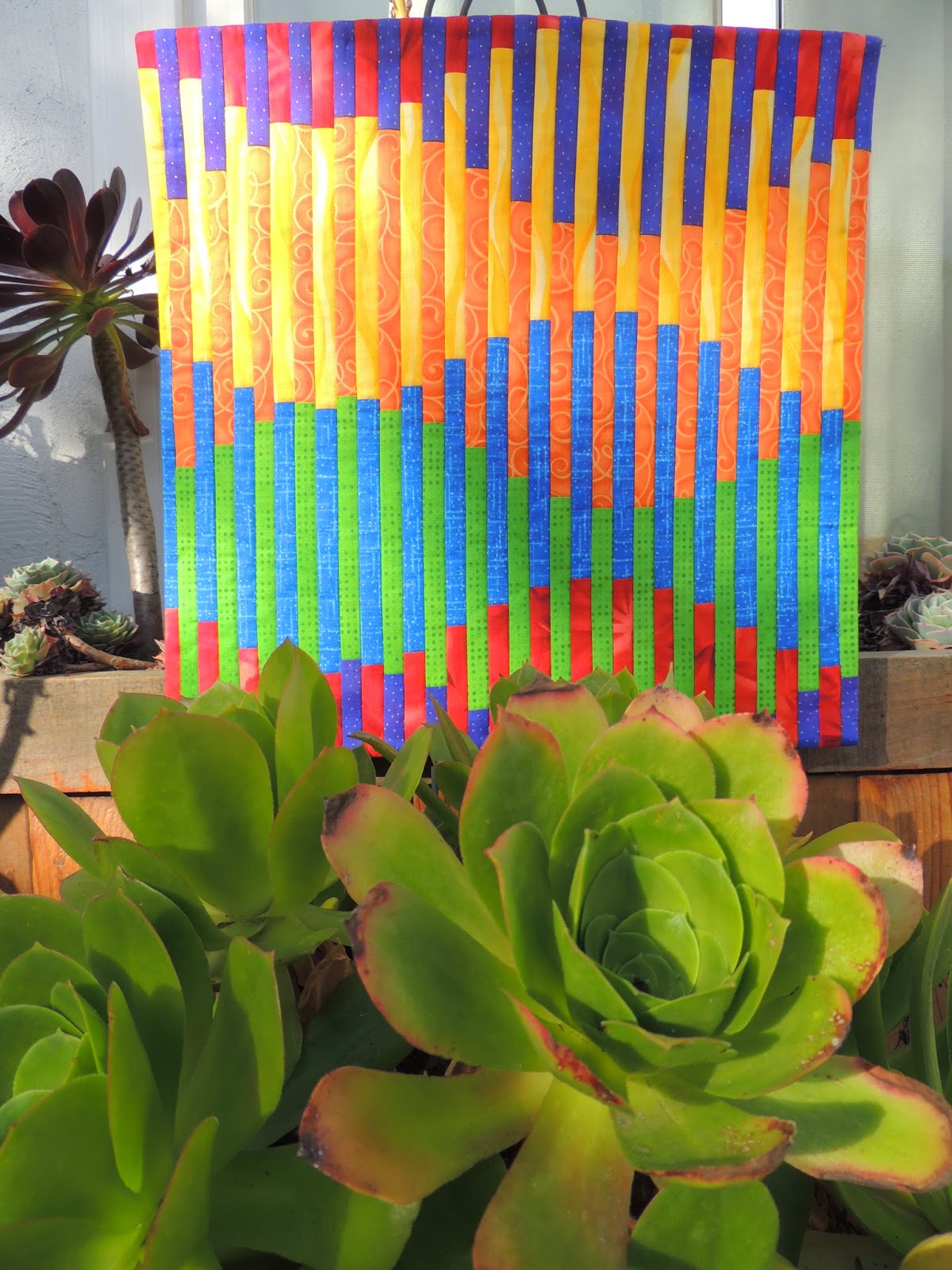 While attending a fun retreat in early February, I started a new Interleave quilt.  For this quilt,  I incorporated the color wheel to see what kind of colorful interplay would emerge from the Interleave design.  Interesting combinations were created in the overlapping shapes:  tertiary colors as well as complementary pairs.
Rather than my typical vertical orientation, I opted for a horizontal layout which gives the illusion of rolling hills.

While I managed to finish the quilt top and quilting in just a few hours, it took me over 2 months to create the label and bind it!  And rather than a traditional binding, I used a faced finish which I really like! 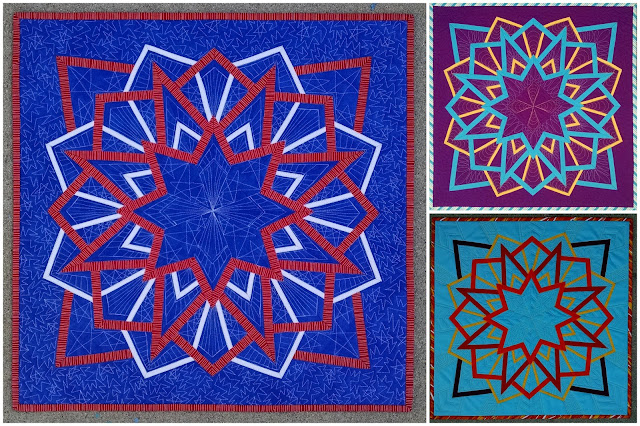